A company born from passion for being part of developing creative and unique products, with considerable experience in automotive prototyping.


If you like to purchase a Shooting Brake please go to:
Model SB.com 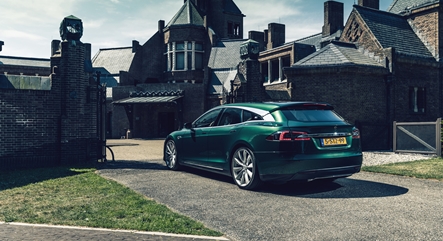 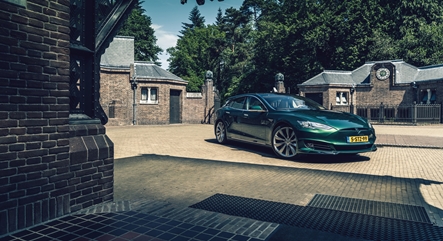 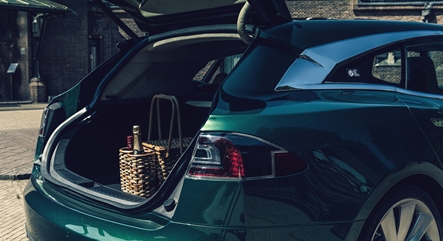 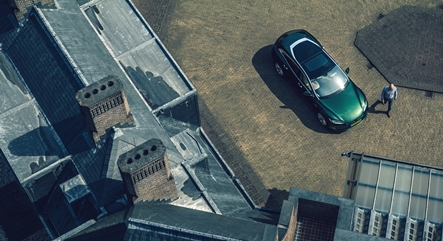 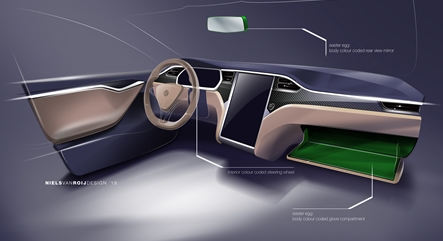 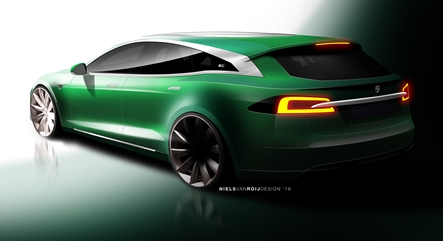 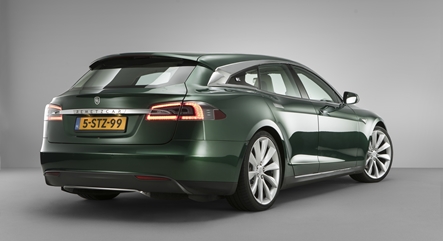 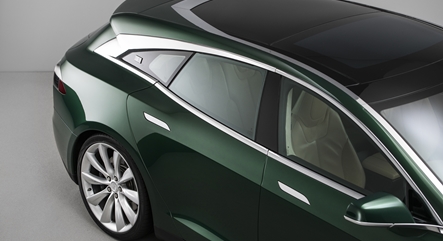 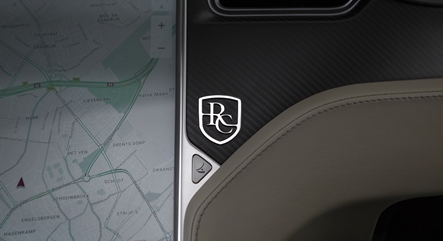 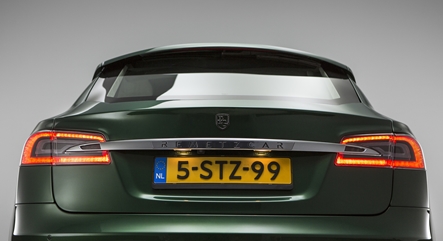 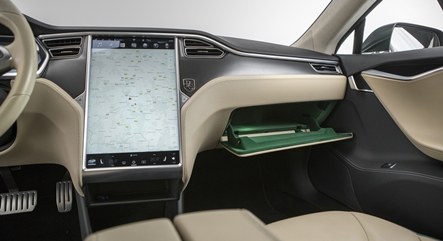 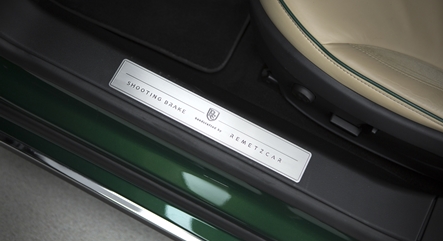 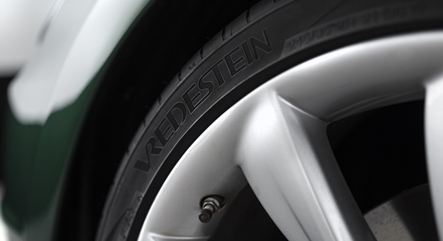 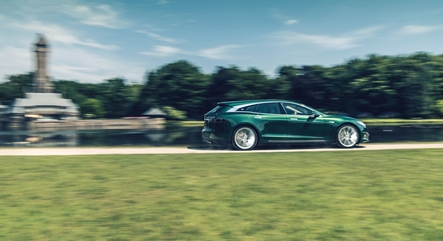 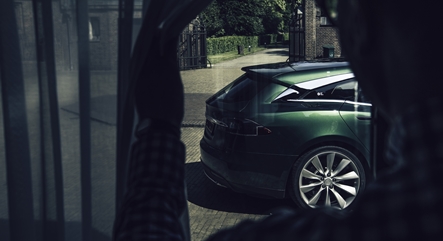 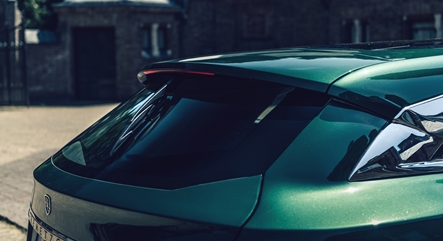 THE STORY BEHIND THE SHOOTING BRAKE

PART1 - HOW IT ALL BEGAN - its origins

During the first week of 2017 we received a phonecall from Floris de Raadt, a real Shooting Brake fanatic with a preference for electrical vehicles. He had seen our custom build Tesla hearse, which we presented to the public just a few months earlier, and he was wondering if we could also convert a Tesla Model S into a Shooting Brake. He had owned several Shooting Brakes and dreamed about having custom built his own version. With more than 20 years of experience in stretching and converting high-end proto-types in the luxury class of automobiles this suits our field of specialism perfectly. As for us, a wonderful new challenge that we at RemetzCar greeted with a lot of enthousiasm. 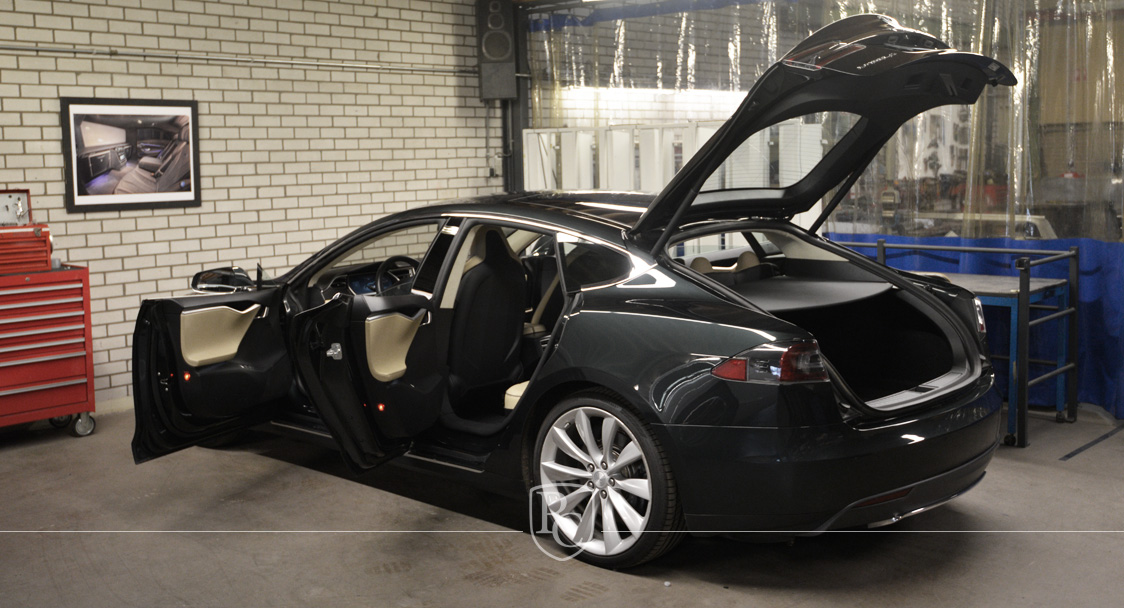 Within a month a Tesla model S was placed into our workshop. After several brainstorming sessions about wether to change de c-pillar or not, the number of windows, the amount af chrome, the design of the tailgate and the overall lines and shape, supplemented with various pictures of existing shooting brakes and artist impressions for inspiration, an concept idea was formed about what would be technically possible within the original budget and how the car was about to look.

The best ideation sketch was chosen and with this being done project “SHOOTING BRAKE” was born at RemetzCar.

PART2 - HOW IT ALL PROCEEDED - the transition

With the chosen shooting brake sketch as a guide line Frank Reijenga, Engineer at RemetzCar, started working on the transition to a suitable technical design at full scale. For this the original Tesla Model S is measured in detail and drawn one-on-one in the computer with Cad/Cam Engineering Technology software. After this the drawing is being adjusted and redesigned to match the chosen ideation sketch.

During redesigning all constructional elements and difficulties that influence the overall design and create a challenge for making the final shooting brake will emerge. ll major structural parts are unaffected and crumple zones remain intact. During this proces the differences between the ideation sketches and a realistic design are being solved and elaborated in detail. De lines of the new shape become practical and it transformes into a real model of the shooting brake in the computer.

Next, molds are made with 3D software to really define the lines on the car, like the extended roof line, the special car windows and the opening angle of the custom tailgate. Through these molds the 'backbone' of the new model is being build. An essential element that works as a base point and reference framework during the entire building proces.

When all lines are set in place it's time for the constructional part. The interior of the Tesla Model S is being disassambled completely and the car is being prepared for the major conversion.

PART3 - HOW IT ALL IS MADE - the major conversion

With the stripped car and the backbone of the future shooting brake model in place the construction work may begin. This includes making aluminium body panels for the extended hips, the new c-pillar, the shape of the roof at the back and the modified window seals. While developing the tailgate with all its parts and the attached spoiler we also pay attention to the intigration of a concealed windshield wiper and a specially redesigned 3rd brake light. Furthermore, the lines for the new window surfaces are being defined. Based on these lines we make a construction mold which helps us to build the vehicle parts around the new windows and which can later be used to manufacture them.

It's a building process that starts rough and gradually becomes more refined, all done by hand using traditional methods. The body is build in multiple stages until the desired result is being achieved and we're completely satisfied about the final shape. Besides the shape of the new parts also function and ergonomics are taken into account. And to monitor the way our modifications affect the aerodynamics of the vehicle, we test it extensivly by using computer simulations.

Other adjustments that are nessecary, for example to the electronical wiring, interior parts, trim strips and headlining, follow hereafter. The shape of these parts are determined so later they will come together with the other parts. When the outer bodywork is ready, further surface preperation is next. The body passes through a rigorous inspection process and gets prepared for its new custom paint color, which we created together with the owner of the car. 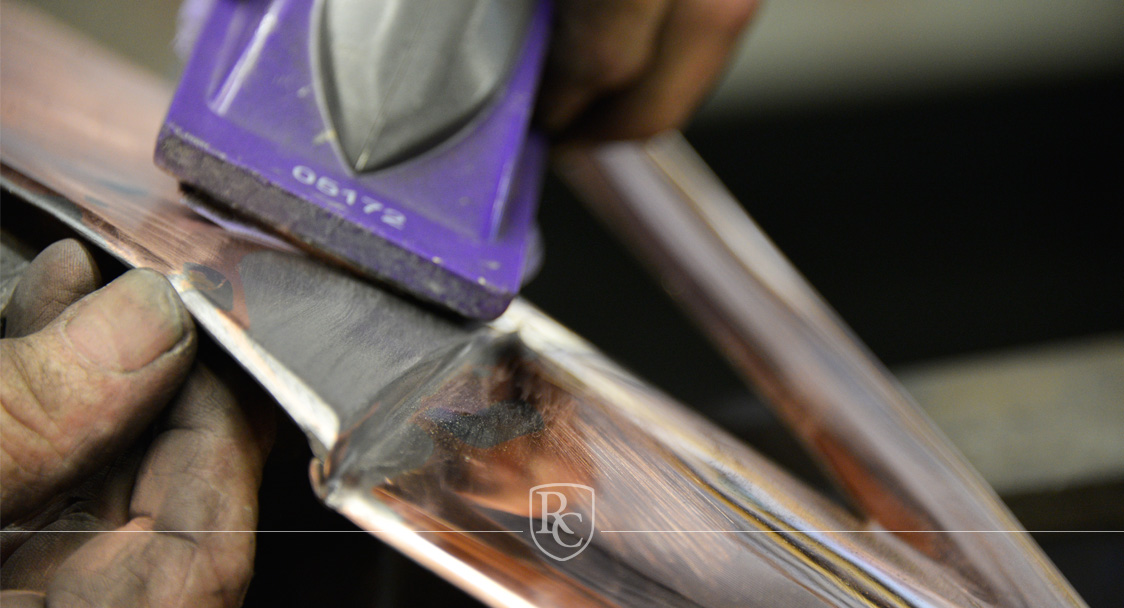 One of the biggest challenges of this project is the construction of the chrome mouldings. These mouldings are completely handmade by Erik Metzelaar assisted by Maxim Reijenga, both shared owners of RemetzCar. It took many hours to create the complex shape and polishing it thoroughly in order to bring about the smooth and shiny effect of the chrome.

Altogether, the entire building process takes a long time that includes many technical challenges. Knowhow and years of experience help us tackle these challenges and come up with a solution every time so also this RemetzCar Shooting Brake could become reality.

PART4 - HOW IT ALL IS MADE - the true transformation

After the Shooting Brake is scanned and surface prepped completely and we're fully satisfied about the lines in the bodywork, the car will be painted in its new colour. This moment is still after years of experience very exciting. Curious for the outcome. This is the moment that shows how the new shape of the car will stand out. The true transformation is set in motion.

The process of building up the car has began. At first all untouched parts like doors and door panels, front and rear bumper and all interior parts are placed back. The modified interior parts will be fitted again for examination, after which they're being upholstered and finished up.

In the meantime also the new windows are ready and the panoramic sunroof can be placed back in position and adjusted properly. The chrome mouldings finish off the roof part. The construction of the new tailgate with its spoiler and integrated window wiper and 3rd brakelight, also includes mounting the tail lights, the inner lining, reversing camera, wiring and all electronics. During this building process all parts that are custom made separately from one another come together again and form one whole. The placement of the specially designed back window rounds off the completely new tailgate.

One of the last few tasks to do is applying and polishing off the large chrome mouldings on each side of the car. During this stage it's also all about the details, like placing RemetzCar logos and door sills and doing the finishing touch that makes the transformation complete. After a final thorough inspection of every single part and the car as a whole, it's time to do test drives and a full cleanup and polishing job. Only when we've approved every single part of it and the car stands glowing in our workshop it will be released to the customer. 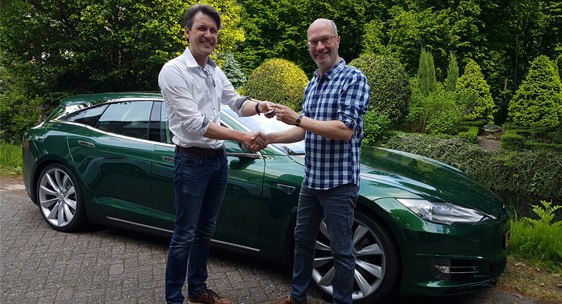 The transfer of the new RemetzCar Shooting Brake and handing over the key is an event we do personally at the residence of the owner. The excitement and big smile of the owner Floris de Raadt and his family are the crowning glory of all our efforts. It's an honour to have been able to make his dream come true. We wish him lots of driving pleasure and many save miles with his new dream car! 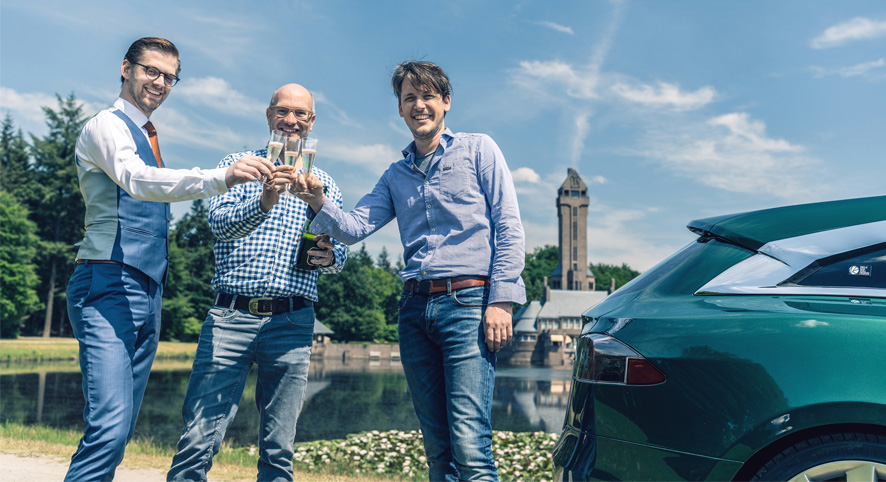 We thank everyone who was involved in making the REMETZCAR SHOOTING BRAKE become reality!

Special thanks to Niels van Roij Design for his wonderful design. It makes this shooting brake truly a feast for the eyes.

And many many special thanks to the owner of the car Floris de Raadt. His dream and passion has made this amazing project come alive.

A company born from passion for being part of developing creative and unique products, with considerable experience in automotive prototyping.

Designing and building a bespoke or custom car allows our Clients to possess something no one else in the world has. It is the ultimate form of creative expression.– RemetzCar –

True attention to detail and perfection has remained the foundation of the company since its founding.– RemetzCar –


PICTURES OF THE BUILDING PROCES 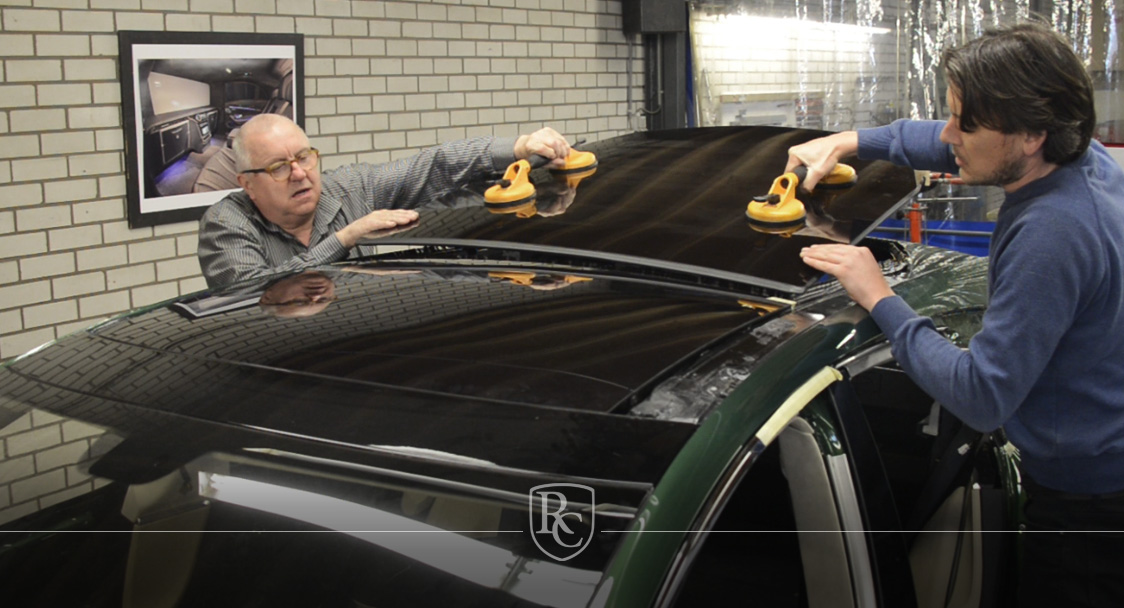 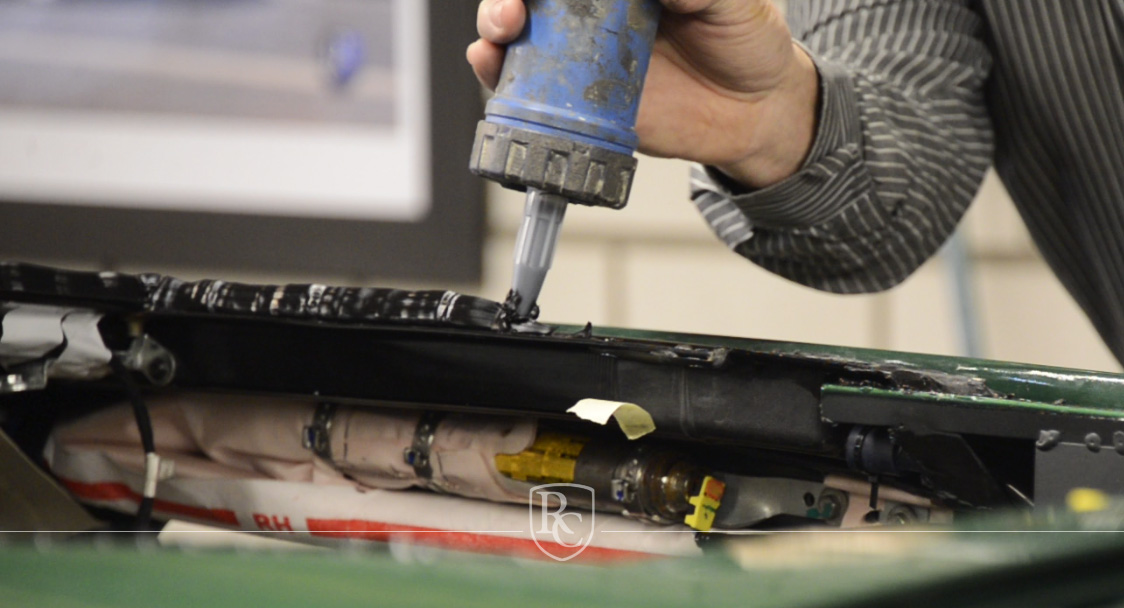 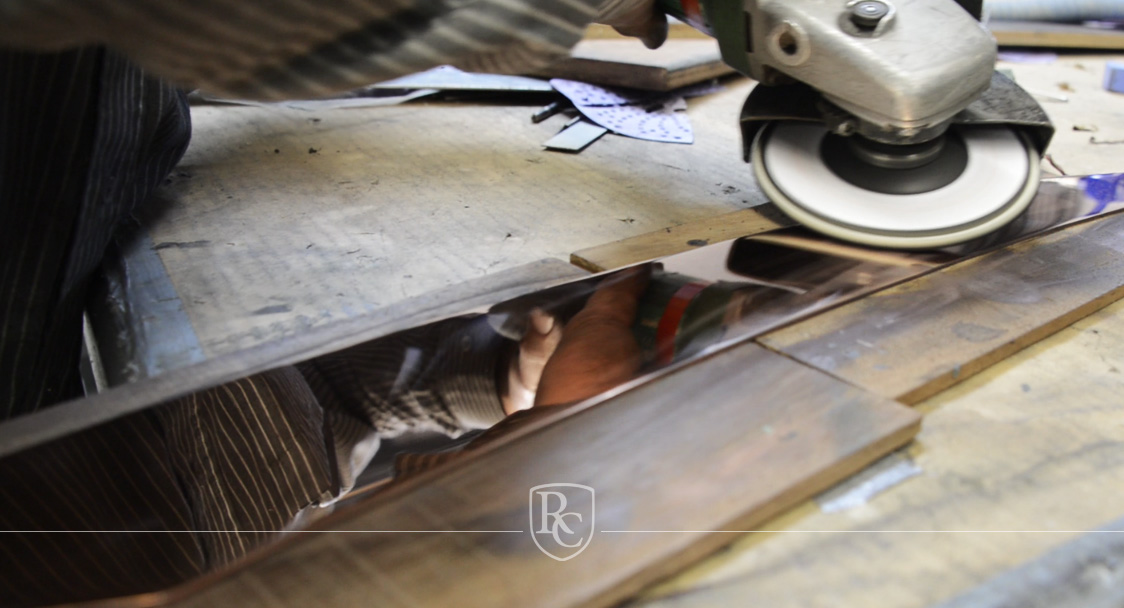 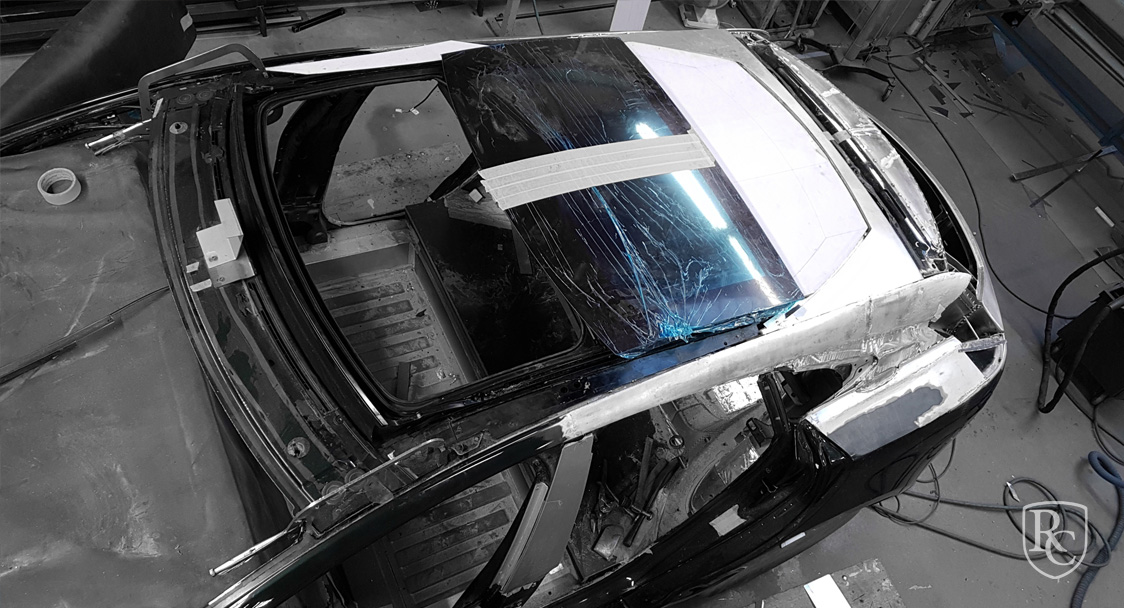 RemetzCar provides a one-stop-shop for all forms of conversion requirements, with a wide range of bespoke products to suit all customer needs. From small businesses to large fleets, our fully equipped workshop and skilled coachbuilding technicians are on hand to provide you with the first class tailored service your business demands, whether repairs, one-off vehicle build, or high volume fleet users, together with a time scale and price to suit your businesses requirements. 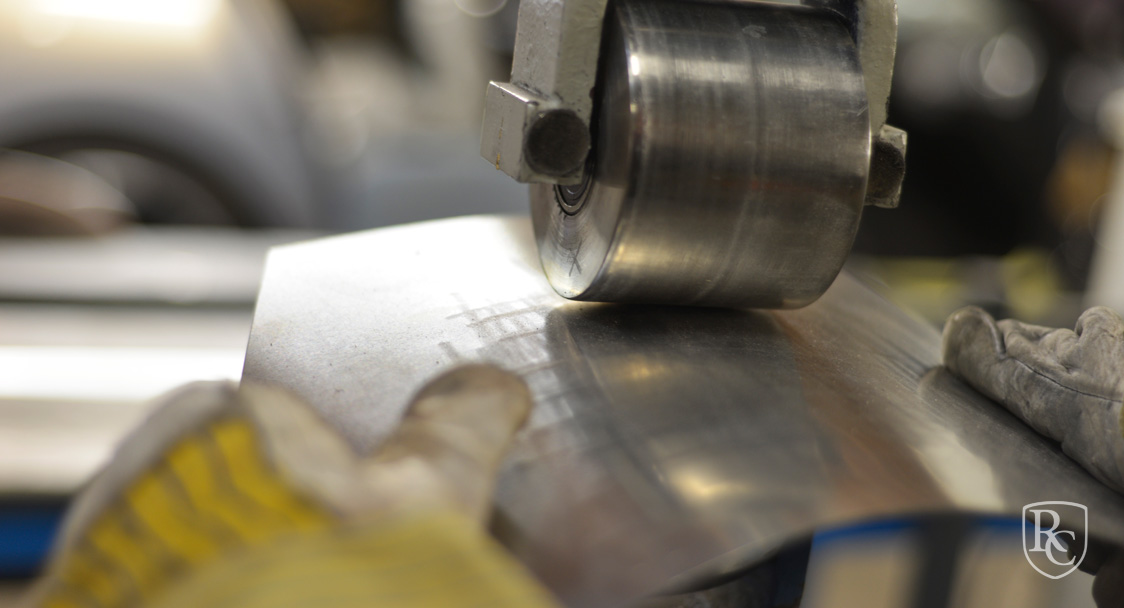 Drawing on the unrivalled experience of our skilled craftsmen and guided by your personal design, the Team at RemetzCar in Lisse will ensure your ideas are realised. Working with you from the very earliest stage, our coachbuilders develop an intimate working knowledge of your project as they oversee the smooth transition from concept to reality.